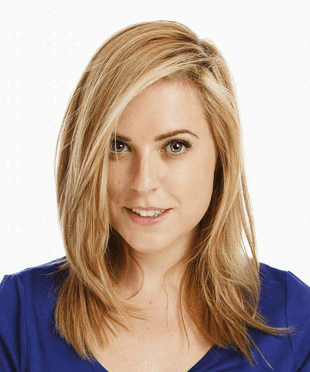 Charlene trained in the Gaiety School of Acting College ,Upon graduating she landed her first role in a short film The Draft directed by Gary Shore She then went on to land two leading roles for RTE playing Jolene in Trouble in Paradise and Sarah in Sarah & Steve.Charlene performed as Honor in The Playboy of the Western World at the Abbey Theatre, directed by Jimmy Fay.Charlene spent time in Los Angeles where she worked as a Ballroom Dance Choreographer at the prestigious Third Street Dance in West Hollywood. Whilst in America Charlene played the lead role In the short film 100 Degrees, directed by Jason Barry. Charlene was cast in Penny Dreadful directed by John Logan she has just completed shooting a special episode for Fair City .Charlene is Currently working with the Red Bear Theatre Company in the new Play Harder Faster More By Tracy Martin and also works as a Drama Teacher with Das Academy,Dir Thomas Spratt

After graduating from the Gaiety School of Acting in 2006 Charlene appeared in a number of stage productions, including PLAYBOY OF THE WESTERN WORLD by Roddy Doyle at Ireland’s national theatre The Abbey where she played Honor Blake.

She made the transition to television in 2007 when she was cast in the leading role Jolene Little in the TV series TROUBLE AND PARADISE for RTE Two. In 2009 Charlene was cast in the role of Sarah in the popular Irish TV show SARAH AND STEVE written by Emmet Kirwan. She also played Amy in the hit show RAW and worked with award winning Director Alan Shannon in hit Children’s show ROY in 2011

Charlene produced her first short film 100 DEGREES in Los Angeles in 2012 and it opened the LA Irish short film festival in west Hollywood. Charlene qualified for the 01 Extraordinary visa and continued working in LA on the pilot MOON ,THE AMERICAN DREAM short film Dir By Jason Barry and Horror film RAPTOR RANCH.

In 2014 Charlene was cast in a small role in Universals DRACULA UNTOLD so she could work along side her good friend director Gary Shore.

In 2015 she worked to create a new play for the Dublin’s collaborations and fringe festival with writer Tracey Martin they worked together for over a year to create the hit show HARDER FASTER MORE produced by Red Bear productions.HARDER FASTER MORE then went on tour around the west of Ireland,The Project Arts Dublin and Smock Alley Theatre. RTE produced the radio play of it and it won the IMRO Award.

Charlene returned to the screen in 2016 working with Director John Logan in the TV drama PENNY DREADFUL and also worked along side Dir Simon Bird in his debut film ERNESTINE AND KIT.

In 2017 Charlene played Stacey Orten in the TV special of Ireland’s leading soap FAIR CITY and was cast in two short films QED and GUSTAV. They both screened in the 29th Galway film Fleadh.