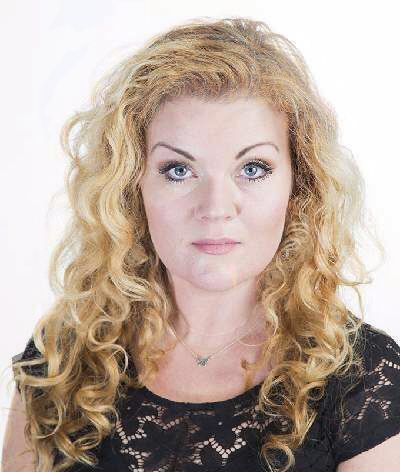 Annaliesa has appeared in numerous musicals, operettas, plays and concerts in many of Ireland’s major theatres. Her favourite place to perform is the N. C. H Dublin, where credits include Lily St Regis, Annie and Glinda, Wizard of Oz with Festival Productions, Kate, Pirates of Penzance with Lyric Opera and Nellie, Jekyll and Hyde (Glasnevin). Other performing highlights include Jerry’s Conscience in Jerry Springer the Opera at the Bord Gais Energy Theatre Dublin and Pitti Sing, The Mikado and Hebe, HMS Pinafore at the Buxton Opera House, UK. Last year she played Fairy Fu Fu in the Liberty Panto Robin Hood.

Annaliesa also travelled the world performing on 5 Cruise ships, including 2 seasons as lead vocalist, P & O Oriana (Headliners Theatre Company), performing in 10 different shows onboard covering a variety of repertoire- Queen, Abba, Motown and more. She also became a Cruise Director, responsible for all onboard entertainment.

In addition to a B.A (Hons) Degree in Music and Art History, Annaliesa trained at the Conservatoire of Music & Drama Rathmines and the Gaiety School of Acting (Advanced Performance). She has also trained with R.I.A.M and Guildford School of Acting vocal teachers, and is constantly learning and renewing skills through a variety of courses, master classes and workshops including; Acting for Camera, CBS Dance Intensive, Music and Drama in the Classroom (Hibernia College) and West End Professional workshops to name but a few.
In addition to performing she has turned her hand to many other roles, including piano teacher, chorus mistress and vocal coach, working with many schools, performing arts schools, youth groups and musical societies. Most recently she was Musical Director at Loreto Abbey Dalkey for the last two T.Y Productions.

Annaliesa is delighted to be part of the KStar team!